With Punjab committing to adopt the Zainab Alert Bill, a well-thought-out mechanism for coordination between the federal and provincial stakeholders will be integral to its success 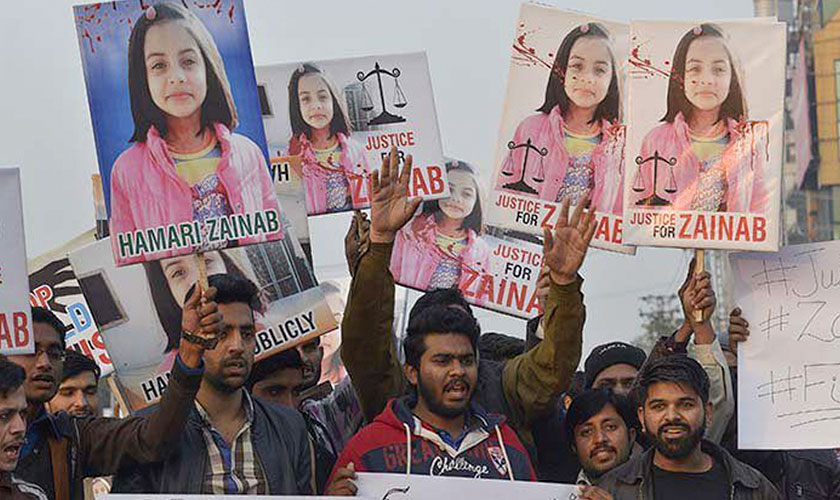 This week the Senate Special Committee on Child Protection was informed that incidents of child abuse in Khyber Pakhtunkhwa had increased during 2019. Reporting statistics are notoriously difficult to compare across time and location; however, it speaks to the fact that previously taboo subjects of child abuse and sexual exploitation are being reported.

As a legal category, children, are treated differently under the law given their heightened vulnerability in society. Children are subject to legal guardianship till they reach the age of majority and have been granted specific protections under the law. Laws seeking to address child abuse should take into account and legislate for power imbalances which are accentuated by age.

The Zainab Alert, Recovery and Response Act 2020 passed by the National Assembly on January 10, seeks to establish an early warning and recovery system. Poignantly, the law was passed on the second death anniversary of the brutal murder of Zainab Ansari, a case that captured the imagination of the public. Stories of child abuse, exploitation and abduction weigh heavy on our collective consciousness because of the vulnerability children experience and our failure in protecting them. There has been a slew of legislation in recent years guaranteeing legal protections to children and augmenting the powers of the state to punish perpetrators, including the ICT Child Protection Act 2018 and Criminal Law (Second Amendment) Act 2016 which amended various sections of the Pakistan Penal Code to legislate for the criminalisation of exposure of seduction to a child (Section 292A), child pornography (Section 292B), the offence of cruelty to a child (Section 328B) and offence of sexual abuse with child (Section 377A).

Within this mosaic legal landscape, the Zainab Alert Act seeks to create an integrated response system in order to issue alerts via broadcasting and telecommunication systems as well as transportation officials to recover abducted children. The idea is that community and cross-institutional engagement will increase the chances of recovery for abducted children. The Act establishes the Zainab Alert, Response and Recovery Agency of Missing and Abducted Children (ZARRA) and a helpline for reporting of cases. These institutions will vest with the National Commission on the Rights of the Child established under the National Commission on the Rights of the Child Act which was passed in 2015, which is yet to be made functional. This aspect of the Act is borrowing from international practices such as the AMBER Alert system in the United States. The creation of new institutions to address a long-standing, structural problem has been a neat solution for legislators, however, unless these institutions are grounded in the pre-existing reporting and societal structures, they are sure to prove ineffectual. Given the dearth of resources dedicated to existing institutions, these problems are likely to plague the ZARRA and its accompanying bodies.

The biggest challenge for the Zainab Alert Act will be navigating the byzantine implementation mechanism consisting of the provincial and federal governments as well as coordinating with police stations. Since the Eighteenth Amendment, child protection is now a provincial subject, which means that each province can enact their own laws on the subject or adopt the Zainab Alert Act by passing it through the respective provincial assemblies.

The chief minister of Punjab has said that his provincial government intends to adopt the Act. However, the adoption mechanism will have to be well thought through as it will be coordinating with the federal ZARRA as well as law enforcement bodies at the local level. Additionally, there is some confusion within the government regarding this adoption process as last week, the Senate Functional Committee on Human Rights declared that it will incorporate the Act through the jurisdiction of anti-terrorism courts (ATC) to ensure nation-wide application.[1] Overzealous use of anti-terrorism courts has obvious human rights implications, especially for cases involving minors and survivors of sexual violence which require a gender-sensitive approach by the judicial system.

To add to this, the success rates of alert systems in other jurisdictions have been mixed; while it has led to the recovery of hundreds of children in the United States, for instance, the recovery rate is low when it comes to stranger abductions. Furthermore, we need to be cautious regarding any surveillance systems brought on to supplement the alert system. Such measures need to be narrowly-tailored towards the purpose of preventing child abductions to prevent it from becoming an excuse to mount surveillance on public and private spaces.

Child abductions are part of the larger and complex reality of child abuse which is tied to the structures of exploitation that pervade in society. Child sexual abuse is part of the continuum of sexual violence that targets women and gender and sexual minorities. Local power structures work to thwart reporting and accountability for perpetrators, as seen recently in Mansehra where a local JUI-F leader openly sided with the abuser to protect him in a case of sexual abuse against a minor. We live with contradictions where cases of child abuse elicit public outrage, while at the same time the institution of the family works to silence victims of abusers who operate in close quarters. The problem is multifaceted and requires efforts that are thoughtful and grounded in meaningful institution-building.